Which Firearms Are Best for Home Defense

This article was written by Will Deem, Firearms Instructor, Bill Jacksons Gun Department 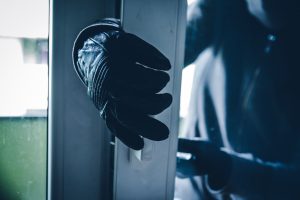 There is no best firearm for home defense per se.  Of the three common types of firearms, each has advantages and disadvantages.  Further, the choice of “best” also depends on the user.  Stature, and wrist and upper arm strength can be determining factors as to whether a particular user can dependably employ a particular type of firearm.

The three basic types of firearms in my opinion are Handguns, Rifles/Carbines, and Shotguns.  Let’s begin with handguns.

Handguns have the advantage of being “handy.”  They can be easily secured nearby, easily placed into some type of quick opening safe, and easily concealed.  My personal opinion on home defense handguns is that they should have the following characteristics:

Recoil reduction is due to three factors-first the spreading of the recoil over the entire upper torso.  With a shooting hand gripping the stock, the off-hand on the forearm, and the butt on the shoulder, it is possible to shoot appropriate cartridges with much more control.  Further, if an appropriate cartridge is selected, recoil is even more reduced.  My personal opinion is the ideal cartridge for a home defense handgun is a pistol cartridge.  Why?  Several reasons, the first being reduced recoil.  A 9mm something is my ideal self-defense cartridge in a long gun used for home defense. Now some may say that I want a 5.56 or something else with more power.  My question is why do you need more power than you’d get from a 9mm?  You aren’t taking long shots, you are not killing deer, you don’t have to worry about over-penetration through interior walls, and you are limiting muzzle flash.  And, as with the handgun, you are shooting self-defense ammunition.  Shooting FMJ 5.56 or 7.62×39 in a home interior is a recipe for problems.  If you want to shoot one of these more powerful cartridges, you should use hollow point or hunting ammunition, not FMJ.  Remember, we are not setting up roadblocks or engaging vehicles, we are trying to stop a home invasion.

Long guns have a much longer sight radius and are easier to shoot accurately than pistols.  During WWII, the Army adopted the M1 Carbine chambered in a hot pistol cartridge to issue to troops instead of the .45 ACP pistol in many cases.  Why?  Most people can’t shoot a pistol very well but give them a comfortable shooting carbine and they do well.

Choosing a proper cartridge (pistol) with a longer barrel reduces muzzle flash to a point where it is almost unnoticeable.  Watch someone on a range shooting a 5.56 with a shorter barrel on a range and you’ll see what I mean.  Yes, you can put on a flash suppressor, but I personally have never seen one that works well on a short-barreled gun (my opinion).  Why is this important?  After the first shot, there will be two people that are temporarily blinded – you and the target.  Pistol bullets burn up their powder charge in the barrel (as they are designed to do) and limit external flash.

Greater magazine capacity over a pistol is a relative thing.  I have a Ruger PC9 carbine that has a 17-round mag.  Users of an M4-based frame can have up to 30 rounds capacity.  However, too much of a good thing can be a problem.  Imagine trying to maneuver a long AK-style magazine in the close confines of a home and you’ll get my point.  Like a pistol, quick magazine changes are a snap if needed.

Better control of the firearm due to these points of support.  First, the buttstock, second the pistol grip, last the forearm grip.  This gives you more control over the firearm, especially if you have to use it as a club in close quarters.

Now, lever-action guns can be very valuable as a long gun, but they have their limitations.  First, they require more training (like a pump shotgun).  Second, they should be chambered in a handgun instead of a rifle cartridge.  Remember, we are not hunting deer here.  Another factor is availability.  While I personally like lever guns, and own several, finding them chambered in pistol calibers can be a problem.  I do have a .357 magnum that would be good for me, using defense ammunition of course.

Shotguns, for those who can handle the recoil, are the ultimate home defense firearm for many people.  A modern tactical shotgun can hold up to 7 shells (2 ¾” is best).  Since each shell can hold up to 9 buckshot, that gives you 9 shells that can stop any human being that is not wearing body armor.  All of the advantages of rifles and carbines as far as controllability also applies to shotguns.  The biggest difference between the two is recoil.  Buckshot kicks, no way around it, and some people may not be able to handle a 12 gauge.  For those persons, consider a 20 gauge.  Or do like I do and load it with #4 bird loads in a 2 ¾” shell.  You don’t need a 3” magnum anything for home defense.  All you are getting is more recoil with very little effect.  Again, I am not concerned about killing a deer or a hog at 50 yards, this is a home defense situation against human intruders.  As far as action, you can have either a semi or a pump action.  Now there are some people who like to talk about the sound of a shotgun racking will send all the bad guns running.  My personal opinion is that all it does is give away your position, and removes one round that could be in the magazine.  It also lets the bad guy know you are armed, and he may decide to fight instead of running away.  My opinion.  I would prefer a semi myself. With a round in the chamber, and safety on. Modern semi-shotguns are very reliable (if you use the right ammunition) and eliminate the issue of remembering to rack the action after the first shot in the stress of a fight.  The biggest advantage of a shotgun is a one-shot stop.  A close-range torso hit or a hit anywhere in the leg or arm is game over.  This allows somewhat fewer shotgun shells in the weapon than a pistol.  One-shot is all it takes.  Don’t forget, however, that a shotgun is not a broom-you do have to aim it, and the shot pattern diameter increases as the distance increases.  At 20 feet, a typical buckshot round from a cylinder bore will maintain about a 10-12” pattern.  Quite lethal.  At longer distances, the pattern increases and instead of getting all 10 or so pellets in the target, you may only get 3 or 4.  Still effective.

Now, let us consider the factors that are harder to qualify.  First, my opinion is that very few gun owners practice with their firearms.  This is critical.  Anyone who has a firearm for self-defense must be proficient in its use, which can only be obtained by careful practice.  You must shoot enough to handle the recoil, engage multiple times (double tap/triple tap), hit multiple targets, and be able to conduct immediate action drills and rapid reloading. Where possible, firing should include limited visibility shooting (in the darkness) from a variety of positions, such as behind your mattress, etc.  In the Army, we had a motto called Train as you Fight.  Same thing.  If you don’t practice some, how are you going to remember to do all the stuff you have to do to get your weapon into operation.  For this reason, I recommend semi-auto firearms instead of manually cycled firearms.

My last word regarding firearm selection.  Don’t let someone else tell you what you should have.  You should pick what you can handle, and what you feel comfortable with.  What works for a male who weighs 240 lbs. may not work for a female who weighs 100 lbs.  It’s your gun, and it has to fit your needs.