Tarpon, long known for their acrobatics, gill-rattling jumps and powerful runs, are one of the most sought-after gamefish species in the world. Tarpon can live up to 80 years and grow to 250 pounds. They migrate from the warm waters of the Florida Keys north along both coasts and back again, making Florida the top destination for catching a “silver king” year after year. Anglers catch tarpon on lures, flies and bait, usually within easy sight of land, but they are rarely eaten as Florida regulations make them “catch-and-release” only. Continue reading to learn useful equipment and resources for tarpon fishing season.

Anglers travel from around the world attempting to catch these prized gamefish. 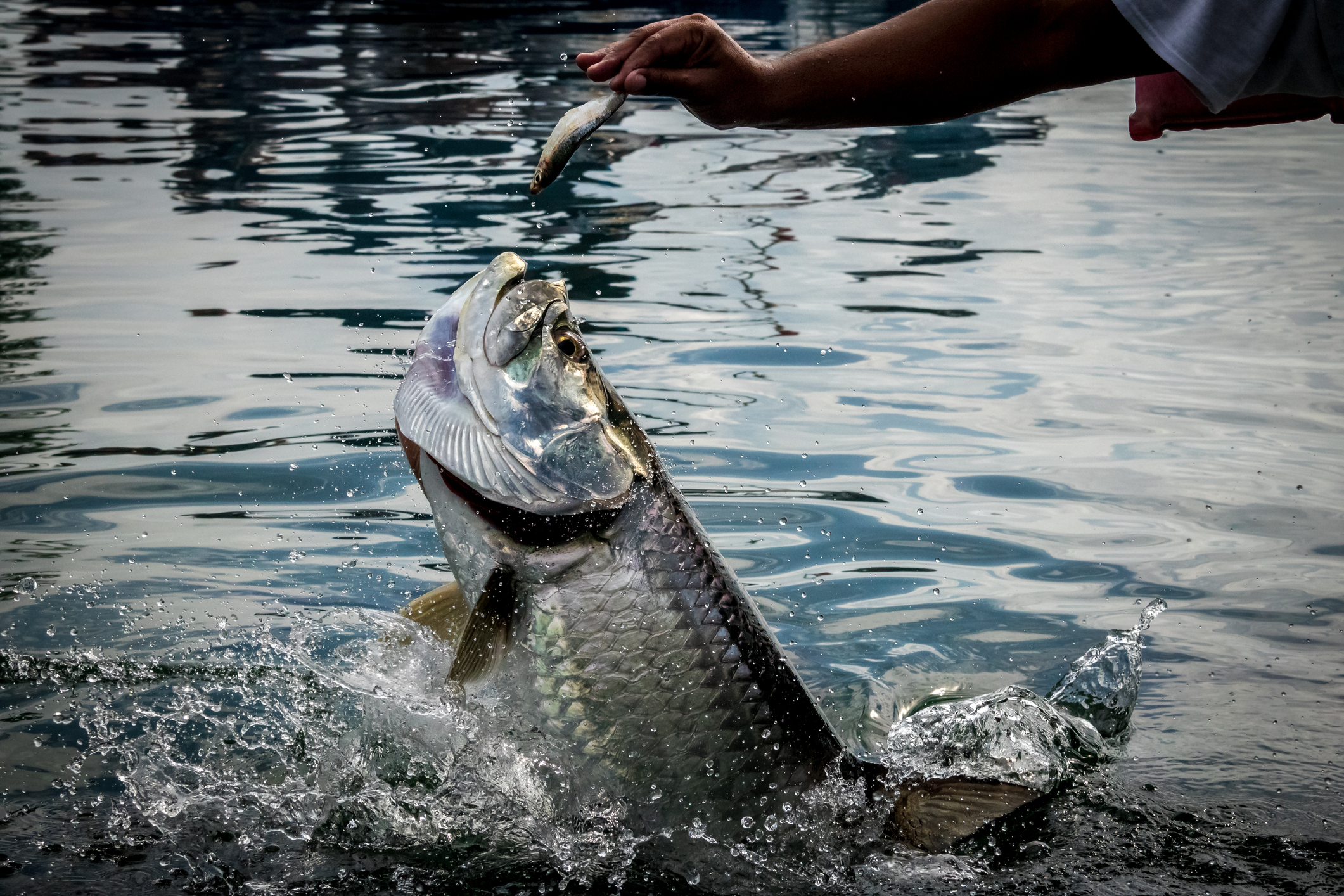 Here are some equipment tips and resources for tarpon fishing season:

It takes a stout rod to battle a 100-pound fish that likes to jump. Use a medium-heavy action rod with a 5000 series spinning reel or higher. Some anglers prefer fly-fishing for tarpon, which requires a 9-foot 11- or 12-weight rod and large arbor reel.

Some anglers use 250 yards or more of 50-pound braided line for its strength. But spinning gear anglers also tie on a 60- to 80-pound fluorocarbon leader that can withstand the tarpon’s sharp gill plates. Fly anglers use a weight-forward line to get the fly out a great distance, but also use a stout leader and tippet to connect to the fly.

Spin anglers using live or dead baits use 4/0 to 10/0 hooks, adjusting to the size of the baits and tarpon in the area. Fly anglers will choose patterns that imitate baitfish, crabs and shrimp. Tarpon are known for their tough mouths, so all hooks should be kept sharp.

During the tarpon migration, these predators love to gobble up crabs being swept out of passes on outgoing tides. But tarpon will also chase baitfish, primarily pinfish, scaled sardines and greenbacks. Again, fly anglers will use flies that imitate these same baits.

Because regulations require tarpon to remain in the water after the fight, anglers must release these fish alongside the boat. Because tarpon have extremely sharp jaws and gill plates, gloves and dehooking devices are recommended when handling these fish carefully.

Tarpon may be predatory, but they can be fussy eaters. Sometimes they just won’t eat, even when enticing baits are presented. Anglers try a variety of tactics, including putting dead baits on the bottom and drifting live baits and flies well ahead of traveling tarpon. Tarpon can be spooked easily by a careless caster.

The staff members in the Fishing Shack at Bill Jackson’s are all extremely knowledgeable anglers. In fact, several act as fishing guides in their off hours, so they what’s working that week. We can assist with setups and tactics, so come into the shop and ask our staff for their recommendations.