Catching snook is a much sought-after game fish species here in Florida because of its tremendous fighting ability and its ambush-style attacks. The most distinctive feature of the snook is the black lateral line running the length of its body. Snook typically fall in the 5- to 15-pound range, but catches of 20- and 30-pounders are common in both the Atlantic and the Gulf of Mexico. The state record snook, caught near Fort Myers, topped 44 pounds. Continue reading to learn more about catching snook. 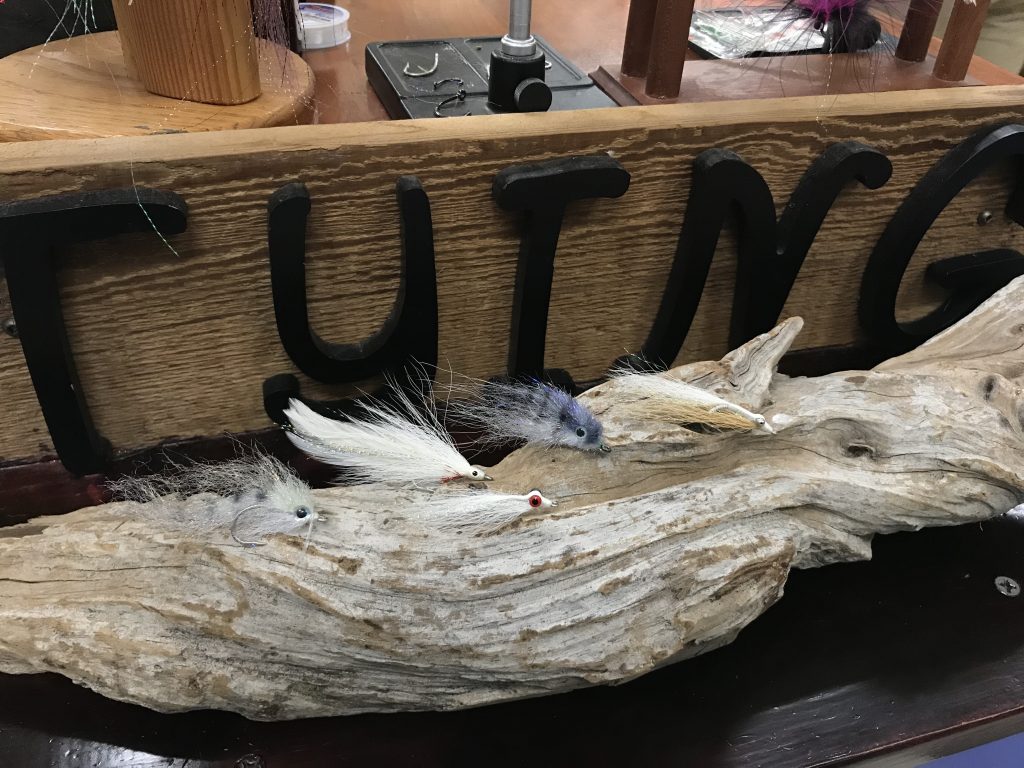 Where to find snook

Generally, snook are found in the warm inshore waters of the Gulf of Mexico and in the Atlantic from the central Florida coast south. They prowl mangrove shorelines, grassy flats, bridges pilings, rocky outcroppings, reefs, seawalls and swash channels looking for easy meals. Though they prefer brackish or saltwater, they can withstand freshwater as well. Snook do not like cold water, so during the winter they retreat into residential canals and inside the mouths of rivers. They look for shallow, dark-colored bottoms where the water warms quickly in the sun.

These ambush predators like to sit facing moving water because the current brings their prey to them. Snook devour baitfish such as pinfish, small mullet, greenbacks and sardines. They also eat crustaceans such as shrimp and small crabs.

Hooking up with snook

Oftentimes, live-bait anglers will thread a J-hook through the eye sockets or lips of a baitfish, allowing it to swim freely in an erratic manner to entice a bite. Other options include running a hook through the carapace or tail of a shrimp to take advantage of the bait’s natural kicking motion.
Some anglers use large dead baits such as mullet or ladyfish heads on fish-finder rigs on the bottom.
Fly anglers throw streamer patterns that resemble swimming baitfish, or they try to get a surface bite by throwing a popper-style fly.
Anglers who use artificial baits use anything from hard-bodied baitfish lures to bucktail jigs to soft-sided shrimp imitations.

Many spin anglers use a medium-action rod with 15-pound-test line tied to a leader of 20 pounds or more. This is because snook have sharp gill plates that slice through light leaders. Snook are well-known for making long powerful runs, jumping out of the water, and wrapping lines around pilings and mangrove roots in an effort to escape.

Fly anglers generally use a 9-weight rod and reel setup spooled with an intermediate sinking or floating line. Attached to the fly line is a 9- to 10-foot leader of 15- to 20-pound test with a tippet of 25 pound test.

The snook species is a popular target for residents and visitors alike, so the Florida Fish and Wildlife Conservation Commission regulates the harvest season in the Atlantic and the gulf.

At Bill Jackson’s we encourage anglers to practice catch-and-release for all species but especially snook, as it has been impacted by cold winters that resulted in fish kills. In 2010, a prolonged cold front decimated the snook population, and the area is still recovering from it.

Check out this video for information on popular flies for snook.