Fishing remains one of the most popular pastimes for Americans. In fact, the Florida Fish and Wildlife Conservation Commission estimates that millions of residents and tourists caught more than 121 million fish in Florida waters in 2011. If all those fish were harvested, and that continued year after year, the state’s fisheries eventually would suffer. And that could spell doom for a place that calls itself the Sportfishing Capital of the World. Here are some best catch-and-release practices you should follow.

Florida, like many states, has bag limits and regulations in place, but anglers increasingly have embraced catch-and-release practices as well. By releasing the majority of a catch, anglers allow fish to mature, reproduce and maintain healthy population numbers. It also helps ensure there are fish for future generations of anglers to enjoy. 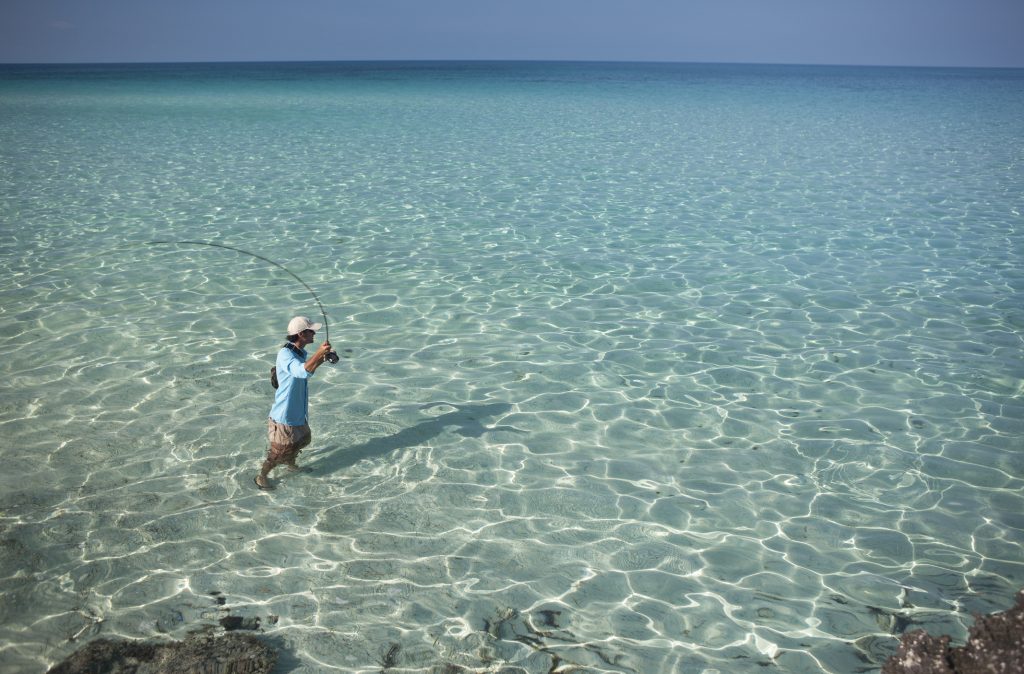 – Know the regulations for your target species and identify it quickly. This shortens fish-handling time.
– Debarb your hooks. Pinch down the barbs so the hook can be removed quickly. Have a dehooking device within reach as well.
– Use appropriate tackle for the species. Using gear that is too light prolongs the fight and stresses the fish. Avoid stainless steel hooks, as they take a long time to dissolve. Circle hooks have points that are turned in toward the shank. They decrease the chances of “gut-hooking” the fish.
– Keep the camera handy. Take photos quickly to reduce stress on the fish.

– Wet your hands first. This keeps the fish’s slime layer intact. The slime layer protects the fish from harmful bacteria and other microorganisms.
– Handle your catch as little as possible, and keep it in the water. Never lift your fish vertically by its jaw or tail. If you do lift it, use both hands to support the whole body.

– Use a dehooking device to back the hook through the hole.
– If the fish is gut-hooked, cut the leader as close to the hook as possible. The hook will eventually dissolve.

– Carefully place the fish in the water headfirst. Keep your hands under the fish to support its body weight until it swims away.
– Revive a stressed fish by moving it forward and back to get water moving across its gills. Do this until the fish swims off on its own.
– If it struggles to swim, recover the fish and continue revival efforts.

Consider releasing the majority of your catch to help maintain the fishery for next time and the next generation.